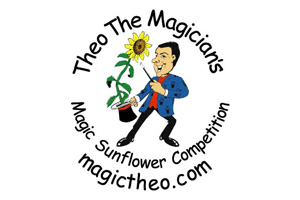 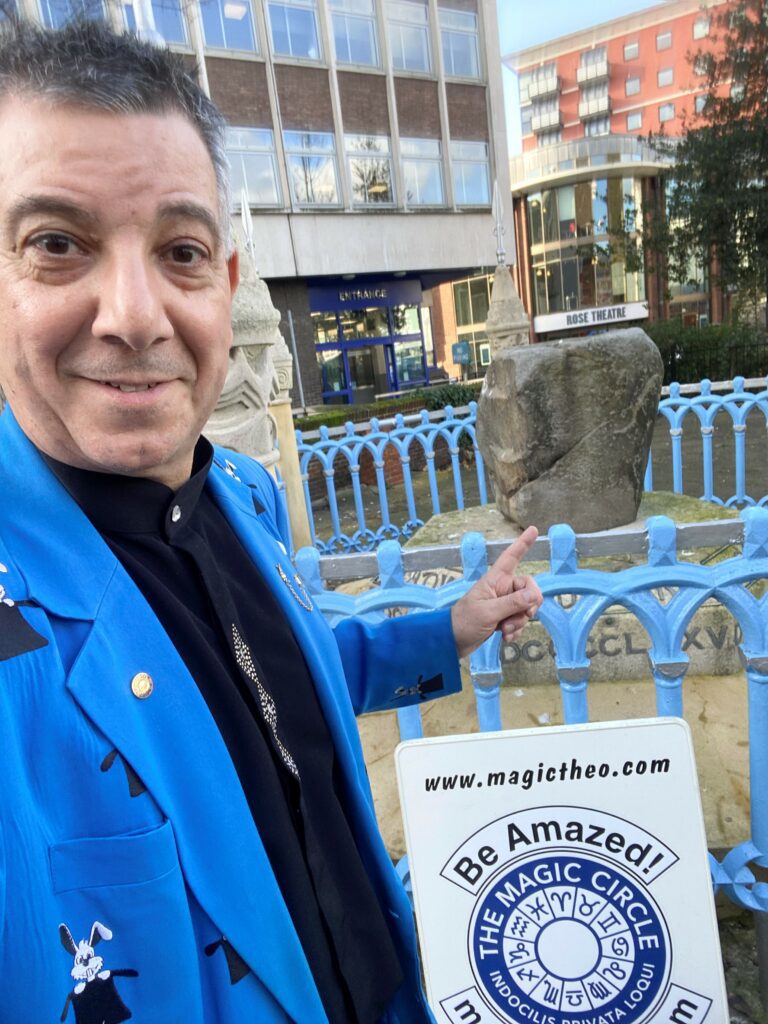 Theo’s Magic Workshops breaking down social barriers, encouraging Interaction, helping come out of your shell in a fun engaging atmosphere

Is this the King’s Stone?

Yes, it is, with Theo The Magician and the same Magic Blue on the King’s Stone’s Rails.

Magic Circle member Magic Theo felt great being back in his old hometown of Kingston last Friday and Thursday for another visit to the Anstee Bridge Charity, a fantastic small charity based at the Kingston Guildhall delivering his Interactive Fun Magic Workshop.

Anstee Bridge is an amazing small charity that builds confidence and resilience with young people aged 14-16.

With a group of ten, Theo started performing part one of his Award-Winning Interactive Fun Magic in his Special Magic Workshop.

Part two was all hands on, starting with the teaching of a few Card Tricks going on to teaching everyone some Balloon Modelling, finishing with the ever-popular Plate Spinning.

He looks forward to his next visit……..

Some History on The Coronation Stone:

The Coronation Stone is an ancient sarsen stone block which is believed to have been the site of the coronation of seven Anglo-Saxon kings. It is presently located next to the Guildhall in Kingston upon Thames, England. Kingston is now a town in the Royal Borough of Kingston Upon Thames in Greater London.

Athelstan was consecrated king at Kingston in 925, Eadred in 946 and Æthelred the Unready in 979. There is also some evidence that Edward the Elder, Edmund I, Eadwig and Edward the Martyr were consecrated in the town.[2]

The stone is protected by low railings.

According to John Stow, writing in the late sixteenth century, Æthelstan was crowned on a stage in the market place, but it was later believed that the kings were crowned in the ancient church of St Mary, which collapsed in 1730. A large stone block was recovered soon afterwards from the ruins of the chapel, and it has since been regarded as the “Coronation Stone” of the Kings of the English. It was used for a time in the late 18th century to the early 19th century as a mounting block, but in 1850 it was placed in the market place on a plinth in front of the old Town Hall (on the site now occupied by the ‘Market House’ today), which had the names of the seven kings believed to have been crowned on it inscribed around the side.

We use cookies on our website to give you the most relevant experience by remembering your preferences and repeat visits. By clicking “Accept All”, you consent to the use of ALL the cookies. However, you may visit "Cookie Settings" to provide a controlled consent.
Cookie SettingsAccept All
Manage consent

This website uses cookies to improve your experience while you navigate through the website. Out of these, the cookies that are categorized as necessary are stored on your browser as they are essential for the working of basic functionalities of the website. We also use third-party cookies that help us analyze and understand how you use this website. These cookies will be stored in your browser only with your consent. You also have the option to opt-out of these cookies. But opting out of some of these cookies may affect your browsing experience.
Necessary Always Enabled
Necessary cookies are absolutely essential for the website to function properly. These cookies ensure basic functionalities and security features of the website, anonymously.
Functional
Functional cookies help to perform certain functionalities like sharing the content of the website on social media platforms, collect feedbacks, and other third-party features.
Performance
Performance cookies are used to understand and analyze the key performance indexes of the website which helps in delivering a better user experience for the visitors.
Analytics
Analytical cookies are used to understand how visitors interact with the website. These cookies help provide information on metrics the number of visitors, bounce rate, traffic source, etc.
Advertisement
Advertisement cookies are used to provide visitors with relevant ads and marketing campaigns. These cookies track visitors across websites and collect information to provide customized ads.
Others
Other uncategorized cookies are those that are being analyzed and have not been classified into a category as yet.
SAVE & ACCEPT